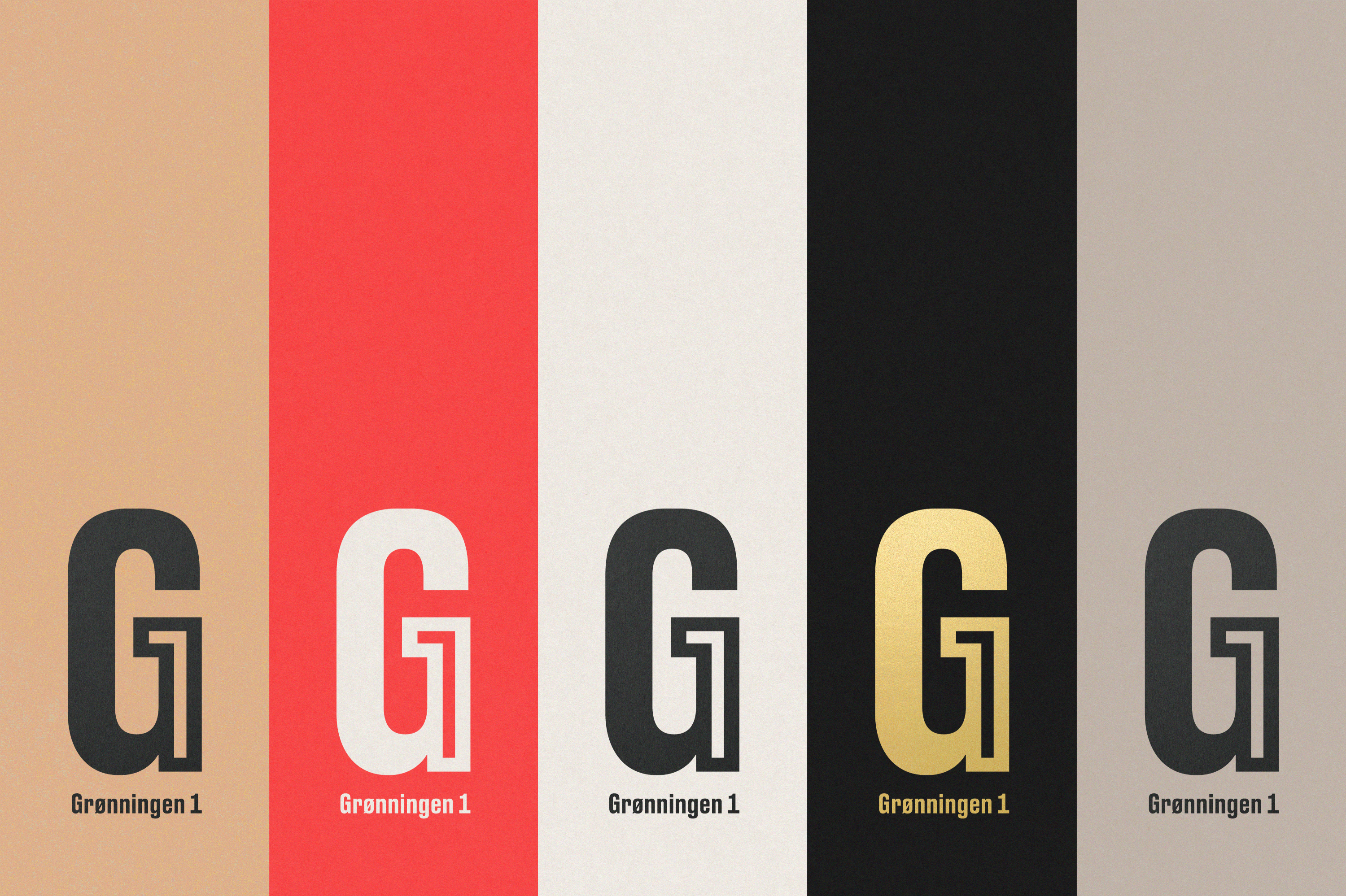 For the tall and slender

In the Danish version of Monopoly, Grønningen is the second-most expensive property. So when a new publishing house moved in at Grønningen 1 in Copenhagen, they decided to flaunt it by making the address their name. Grønningen 1 was founded by journalist Poul Pilgaard Johnsen, Louise Dorthea Vind and Marianne Kiertzner, both former publishing executives at People’s Press, and adman Henrik Juul. The logo is designed to be placed on the tall, slender spines of books.

Done in collaboration with Henrik Juul. 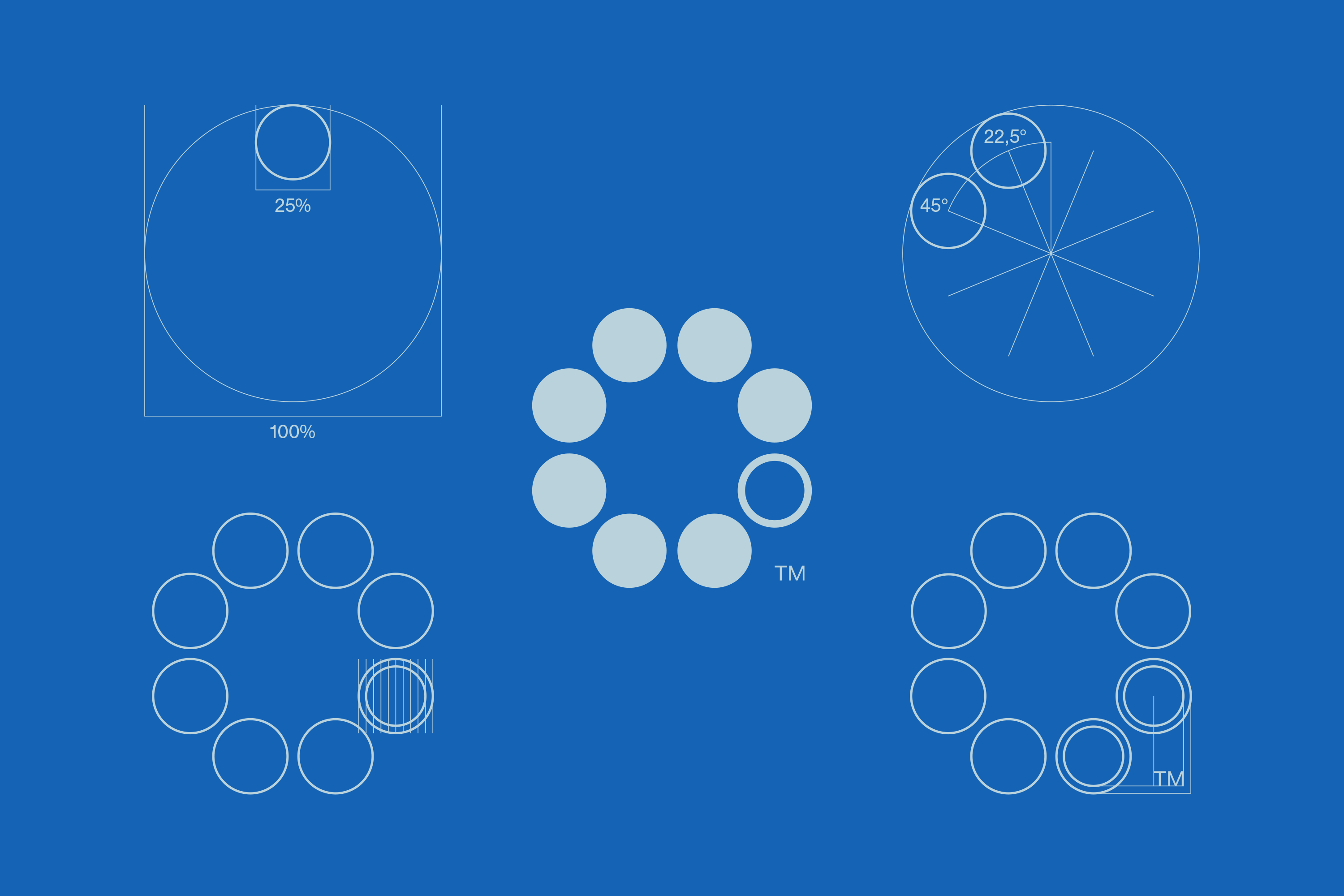 Part of a puzzle

Few was a Swedish communication group consisting of several companies, each with its own area of expertise. We were asked to create a logo that could embrace the different companies.

The logo is the visual equivalent of “One of Few”. It is a small puzzle in itself, whose solution is partly found in the eye of the beholder.

Done in collaboration with Gustaf Hultberger. 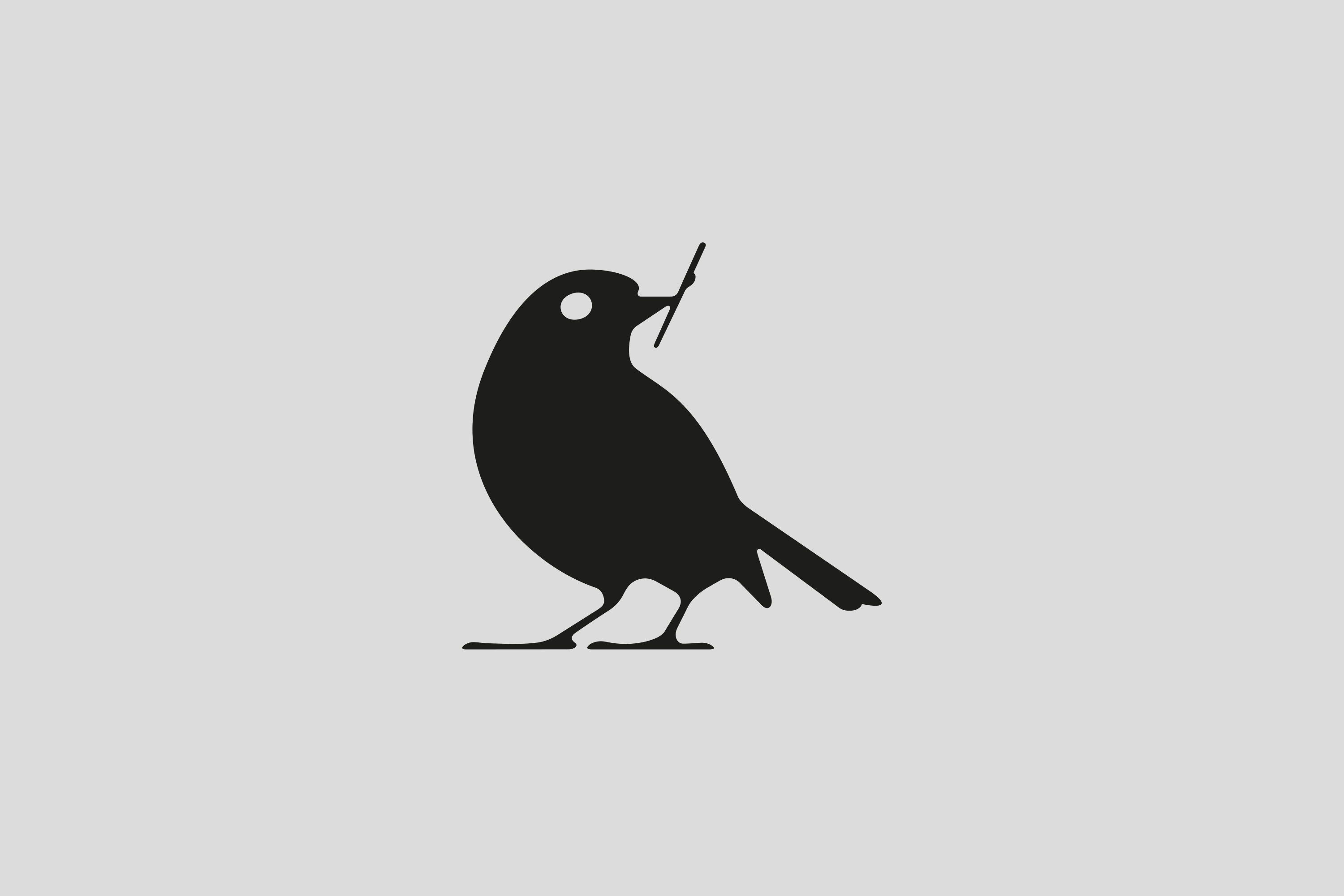 A startup aimed at disrupting the construction industry, YouFab came to us for a logo that reflected their business model: Complete customization of your new home, from floor plan to door knobs. They may have been ahead of their time, because the company quickly folded. We still like the logo, though. The bird stands for both nesting and freedom, capturing the essence of the business model in a two-for-one.

Done in collaboration with Jacob Darfelt. 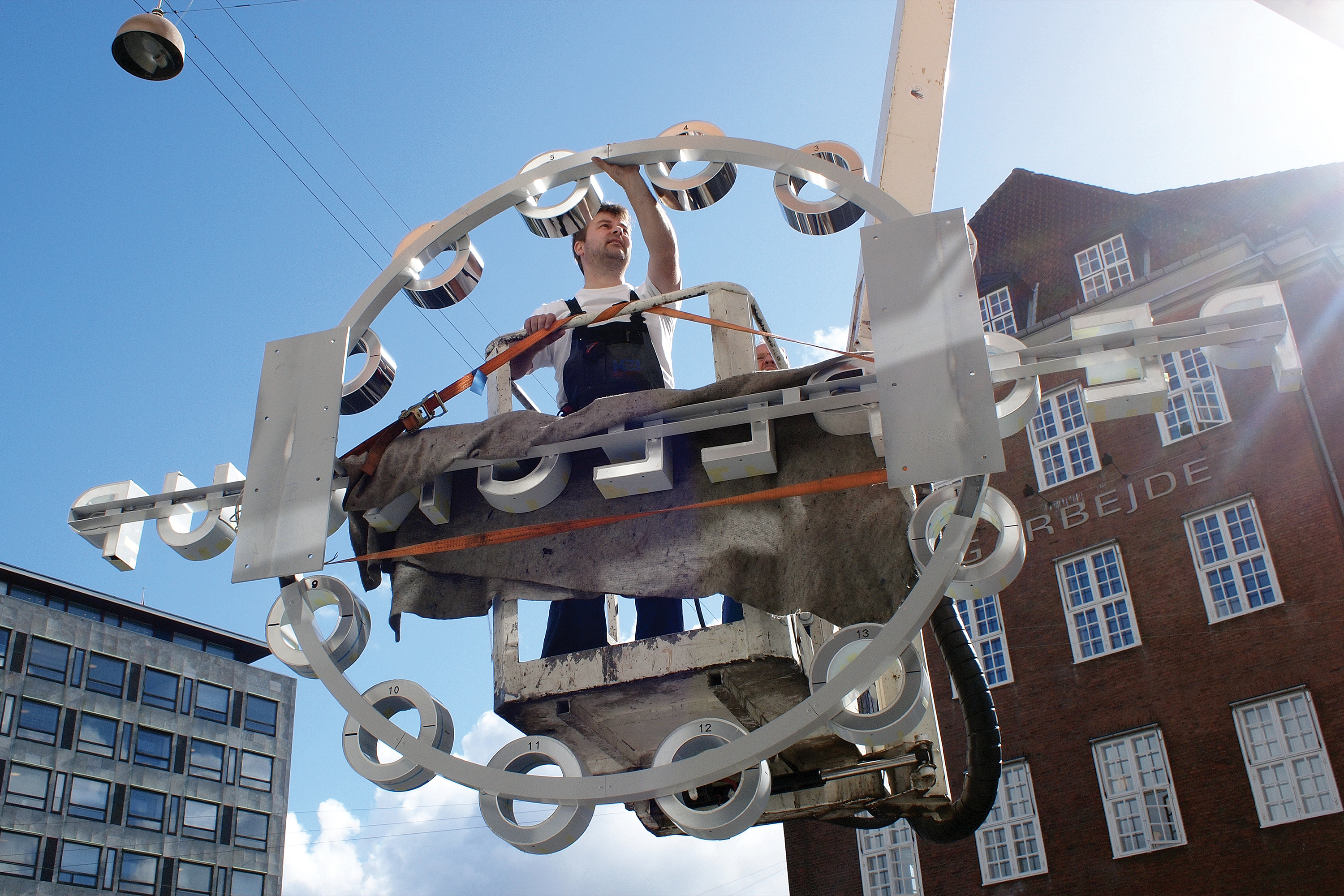 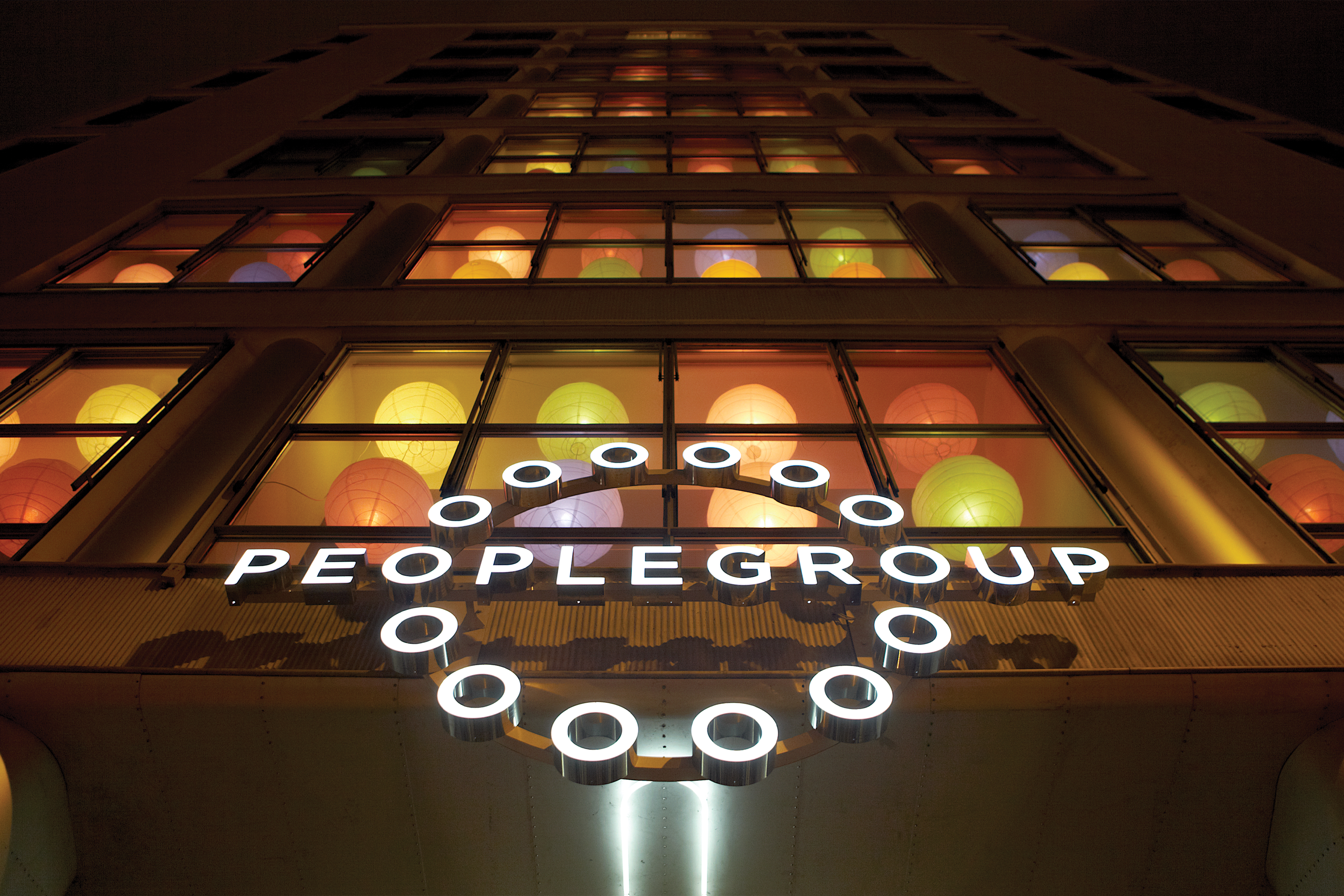 Power to the people

PeopleGroup was a Danish communication group consisting of 14 companies. Art People, People’sPress and We Love People, to name a few. Co-founders Jan Duckert and Henrik Juul believed that bringing diverse talent together under one roof would allow amazing things to happen. We created the logo for this corporate commune. 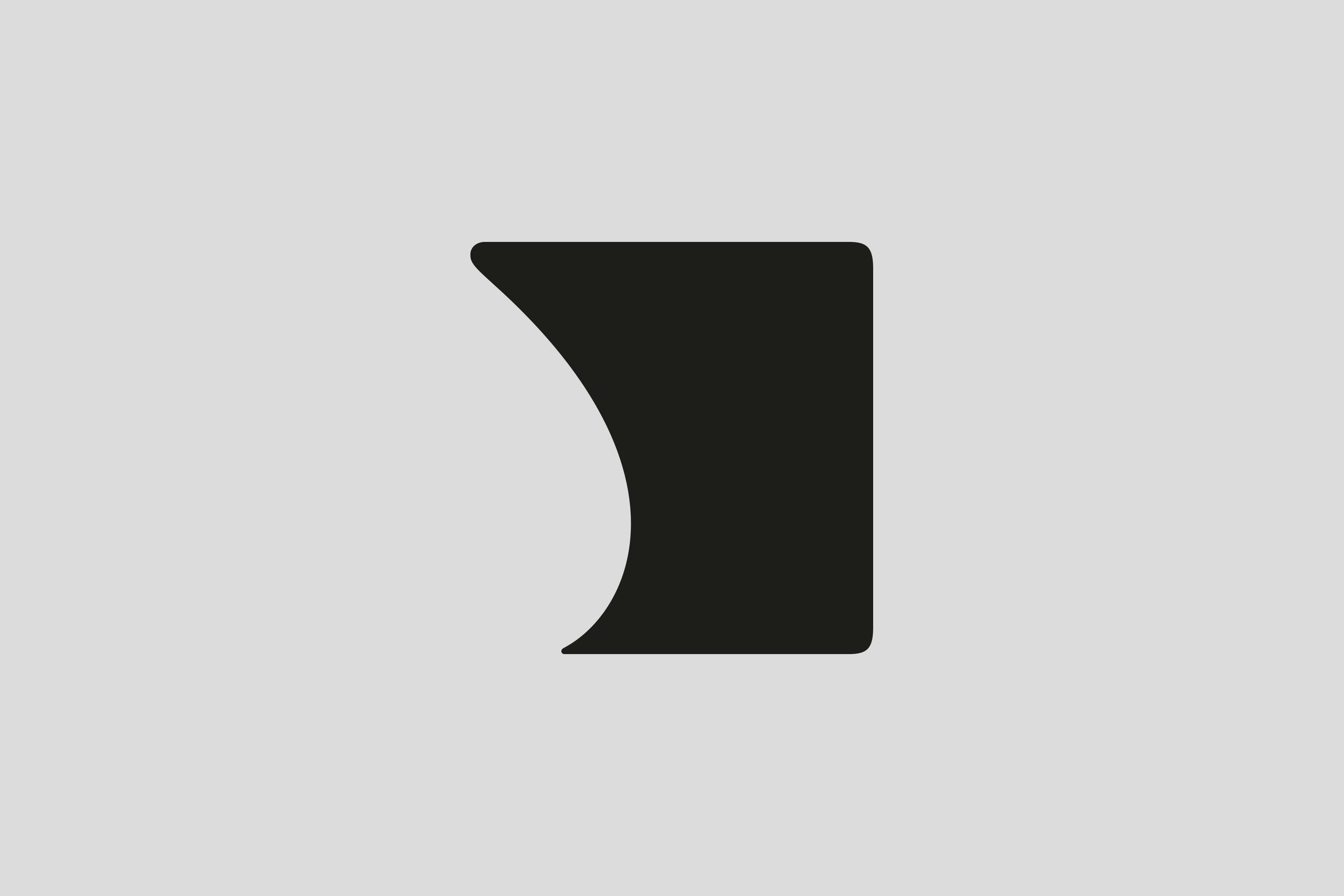 Where to begin when designing a logo a for a legendary chef? Do you focus on his fusion of French and Danish cuisine? Do you emphasize the generous portions?
In the case of Claus “Den Røde” Christensen, the answer turned out to be surprisingly obvious. As anyone who has had the pleasure of meeting him can attest, Den Røde is a man who appreciates the good things in life. Food and art. And if there’s any truth to the old saying, “Never trust a skinny cook”, you know you can trust Den Røde. So we modeled the logo on the man himself. Specifically, his belly. 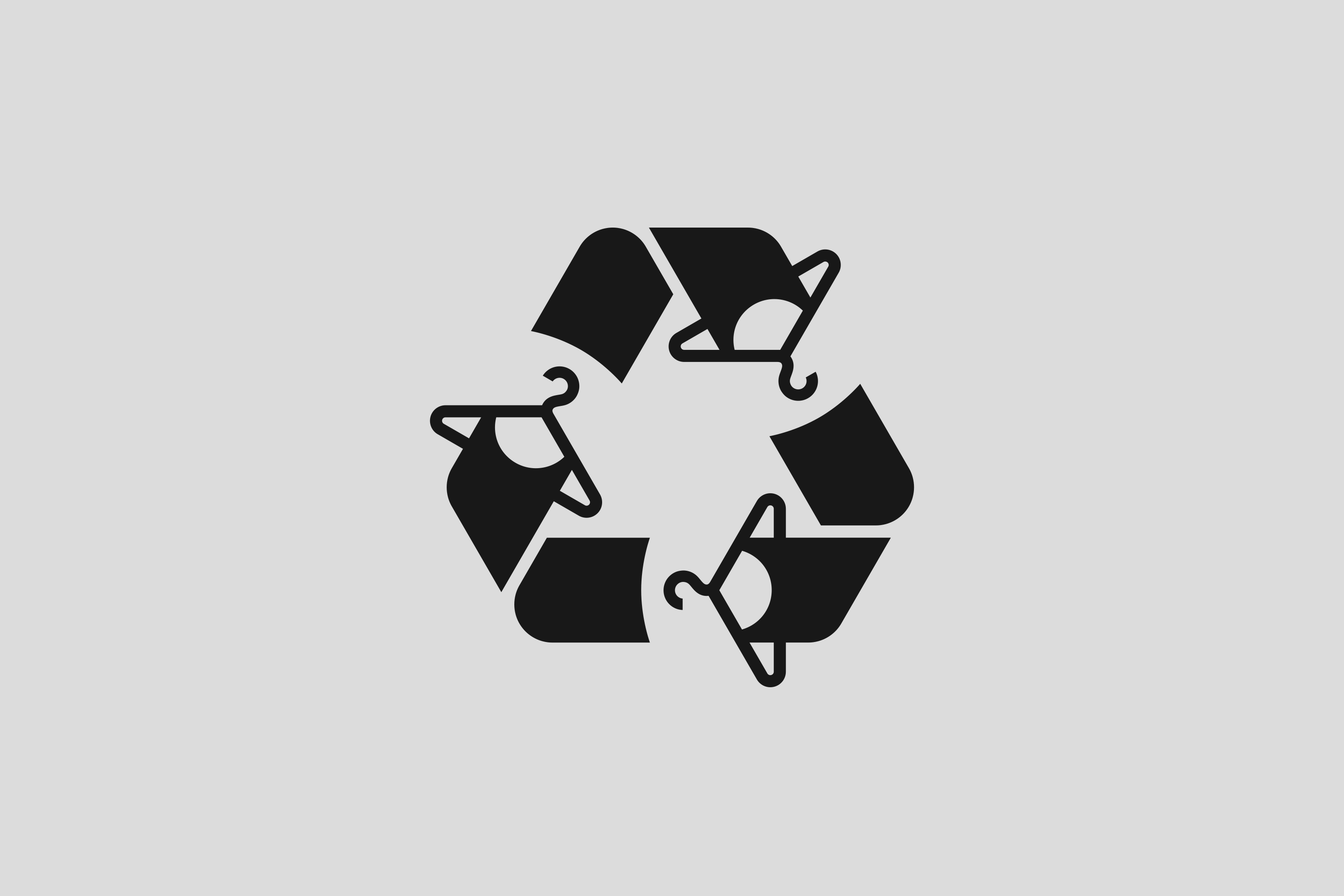 What if instead of buying a new dress, you could bring the old one you never wear and swap it for a beautiful pre-loved one? That’s the idea behind Resecond. The vintage sharing shop was founded by adman Claus Skytte and his wife, textile designer Stine Skytte. We designed the logo. 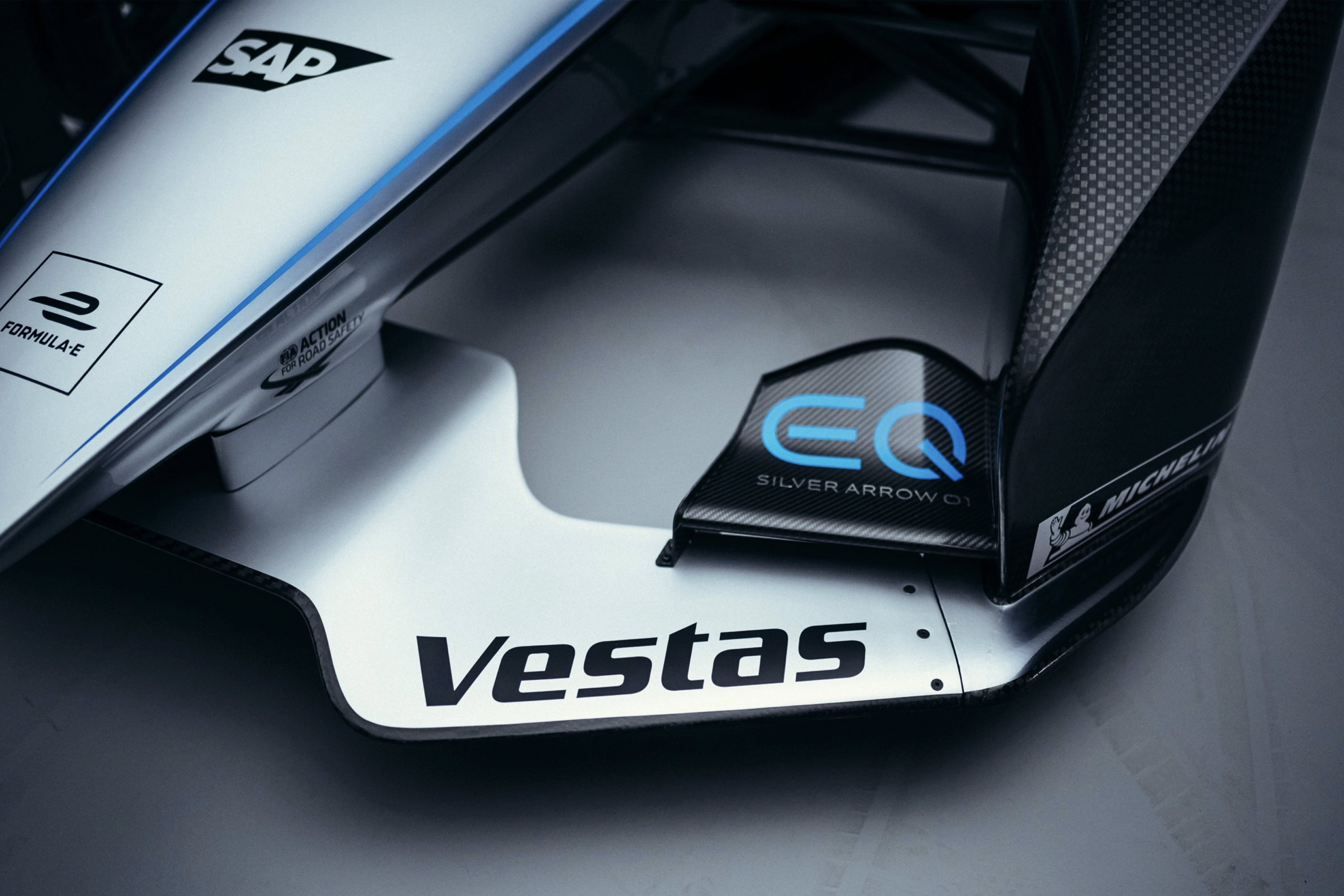 From cast iron to aerodynamics

Vestas began as a family-run forging company in 1898 and over the years expanded the production to include metal goods for heavy industry. After World War II, in 1945, the family business was transformed into a limited company under the name Vestjysk Stålteknik A/S. Hence the name Vestas. Back then, the company made electric household appliances and agricultural equipment. In 1980, Vestas began producing wind turbines, and since then it has become the world’s largest wind turbine manufacturer.

Vesta’s original logo was rooted in the company’s past in forging. It looked like it had been made with cast iron and did not suit a world leader in aerodynamics. So we gave the logo a gentle update.

Done in collaboration with Jan Duckert and Henrik Juul. 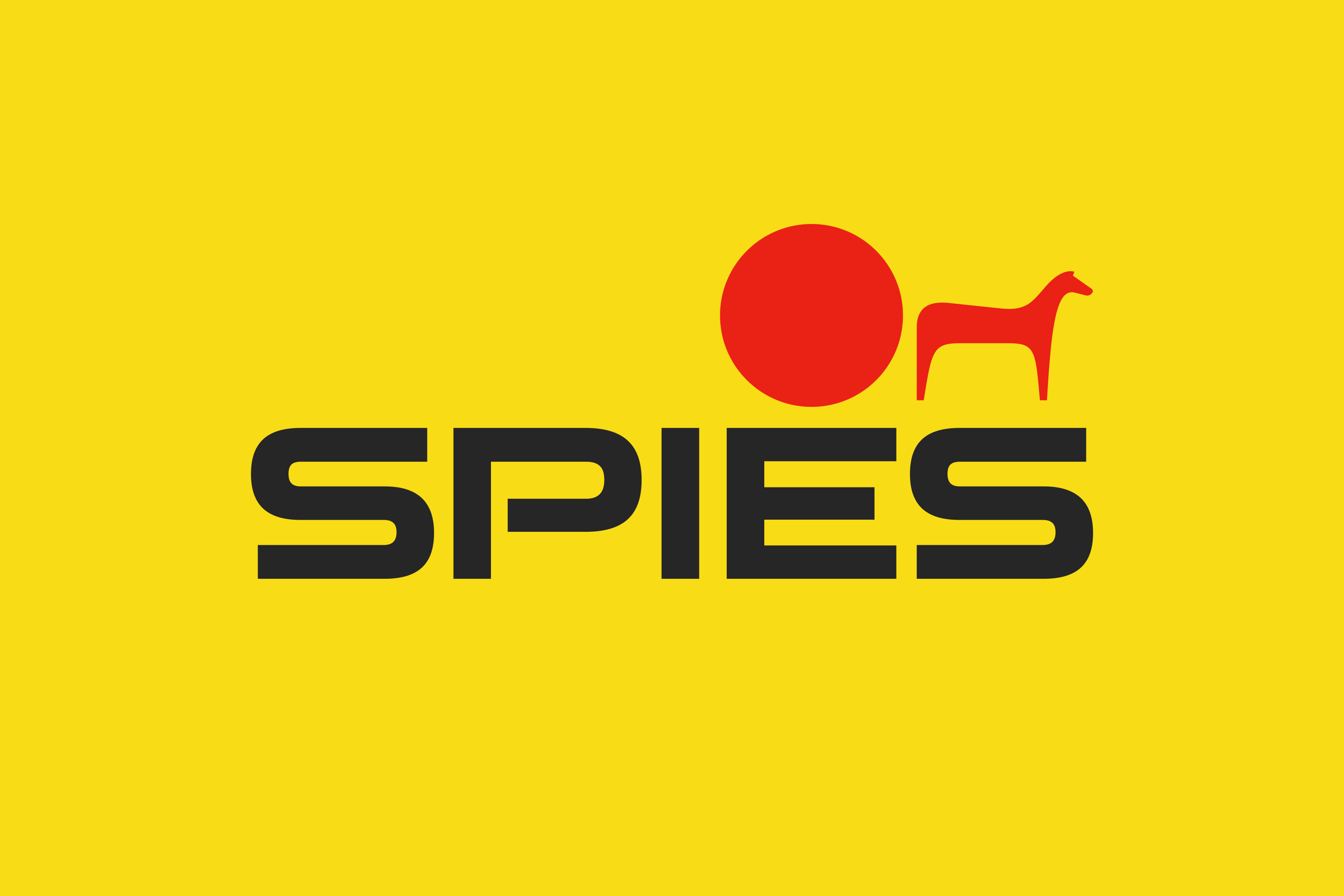 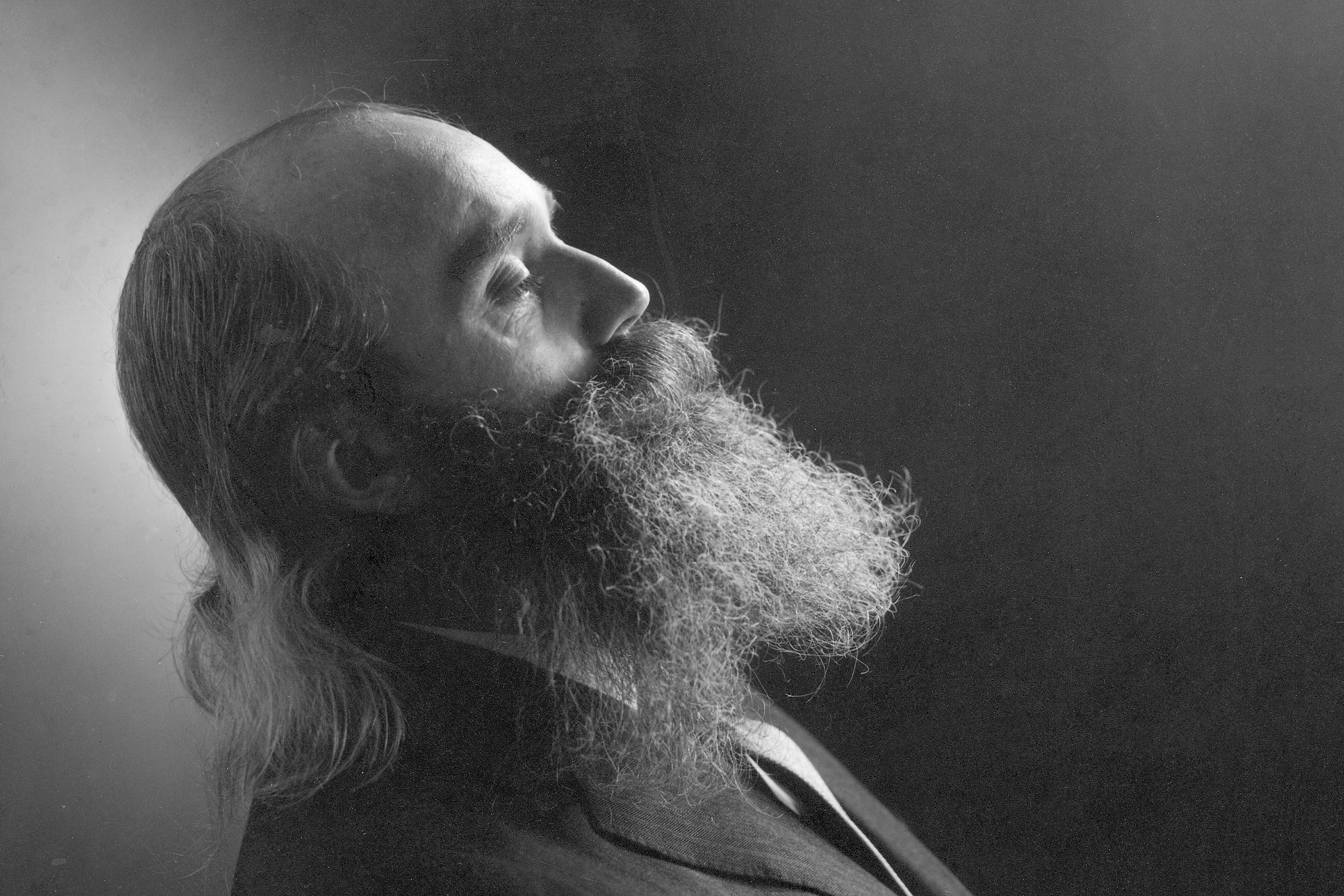 Bringing back the chariot

The flamboyant business tycoon Simon Spies founded Spies Rejser in 1956, and for the logo he used the Danish bronze-age treasure Chariot of the Sun. An obvious choice, in his mind, since he believed that he was in the business of pulling the sun down to the sun-starved Danes.

By the time we were asked to design a new logo for Spies Rejser, the company had replaced the Chariot of the Sun with something that looked like an abstraction of a parasol or perhaps a beach ball. Hard to tell. We decided to re-draw the original logo, because it had the touch of its legendary founder, along with a hint of Scrooge-like wealth, pig parties, and all sorts of craziness.

Done in collaboration with Robert/Boisen & Like-minded. 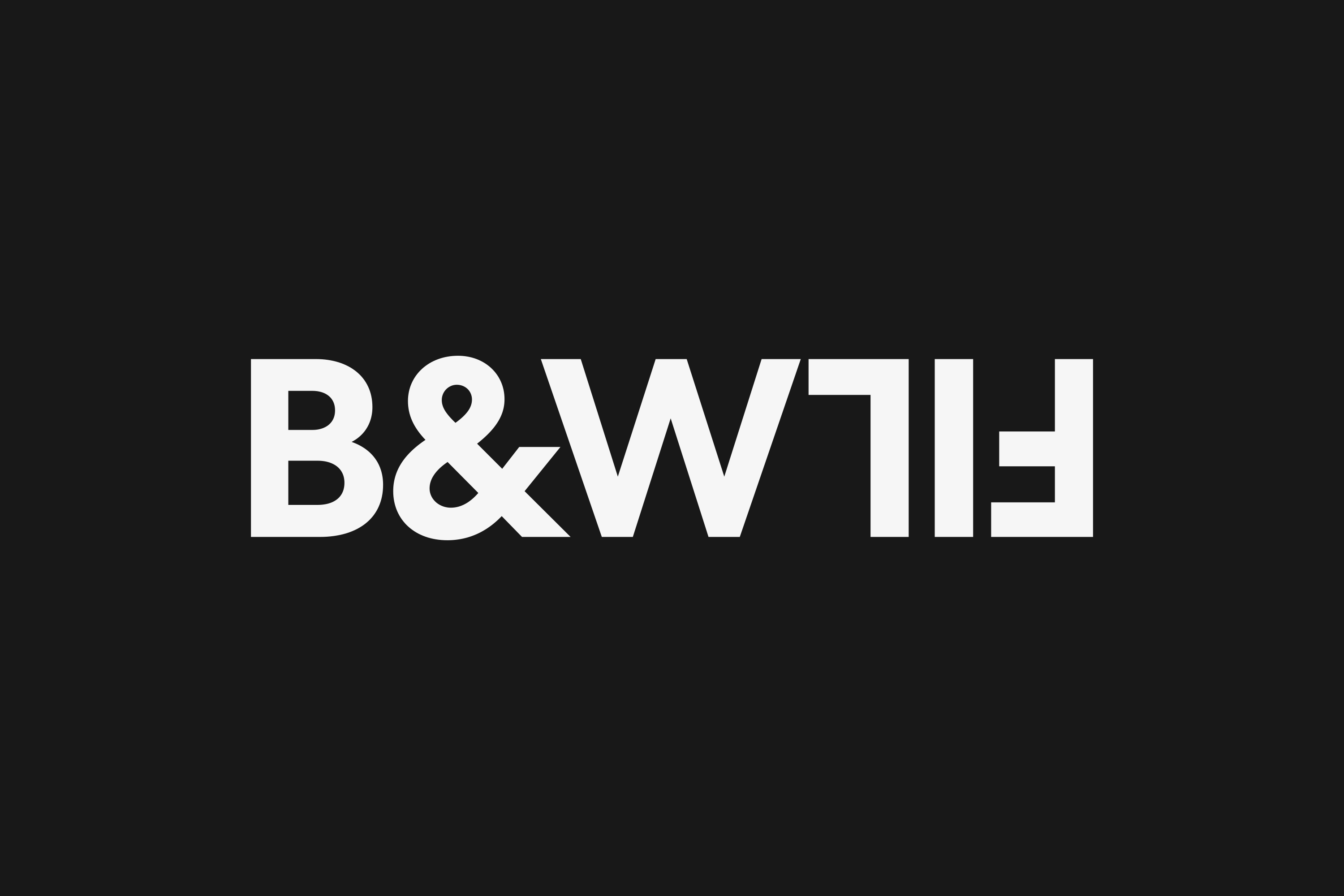 When constraints lead to creativity

The name was a given, and basically boring and predictable. B&W are the initials of the two founders’ surnames, Berglund and Weis. So our task was to come up with something surprising. We literally had to look at it from a different angle.

Done in collaboration with Peter Bundgaard. 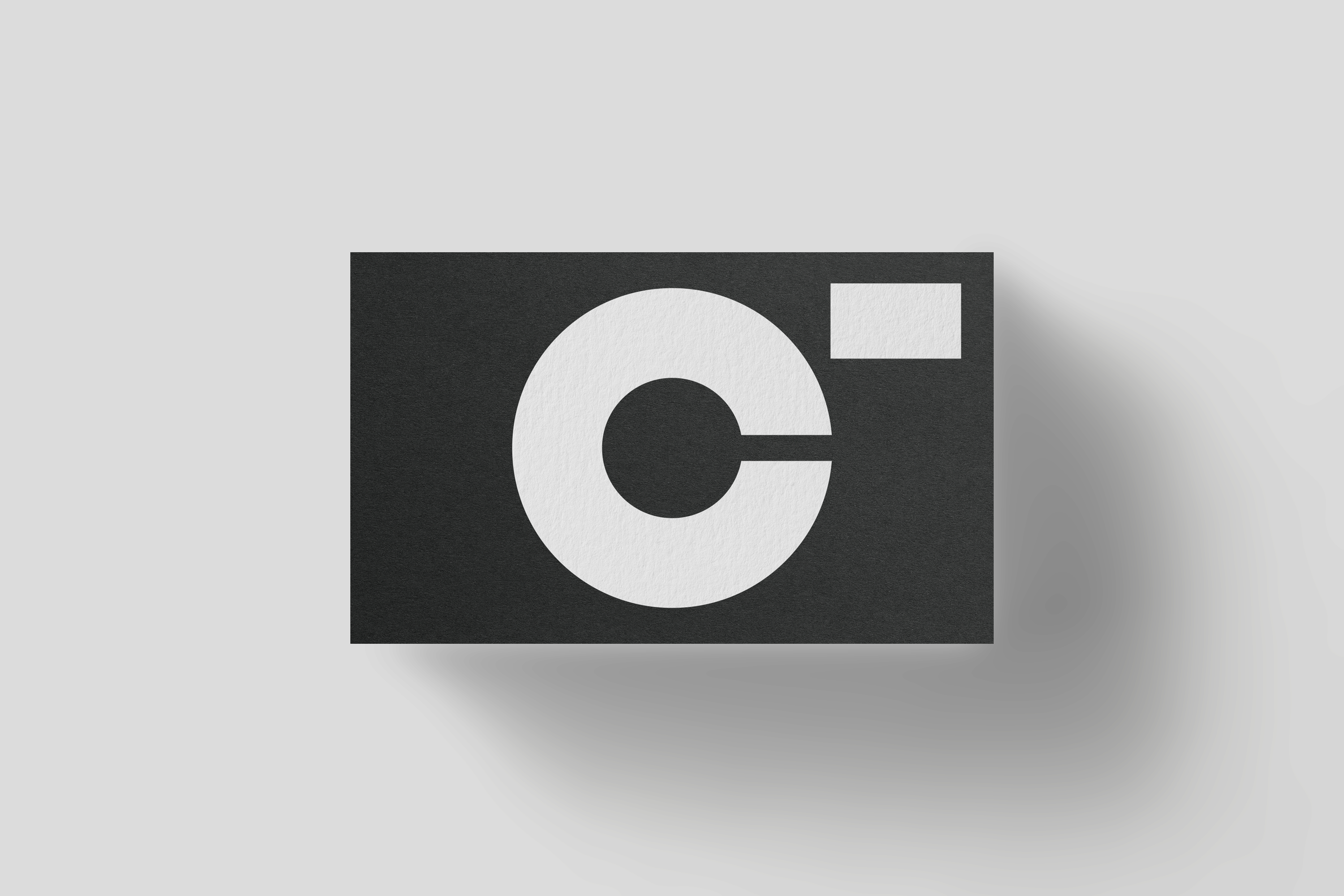 When it all just clicks

This is Claus Sonne’s business card. All through the 80s, 90s and 0s, he was the go-to photographer of the Danish advertising industry. If you needed a picture of a beer bottle, he would place the dew drops by hand, one by one. Nothing was left to chance. Today, Claus Sonne lives on the island of Bornholm, where he is a museum director. Ad photography, after all, is a young man’s game.
We remember him best for the cook book project where we decided that none of the food should be served on a plate. Below is a gazpacho. 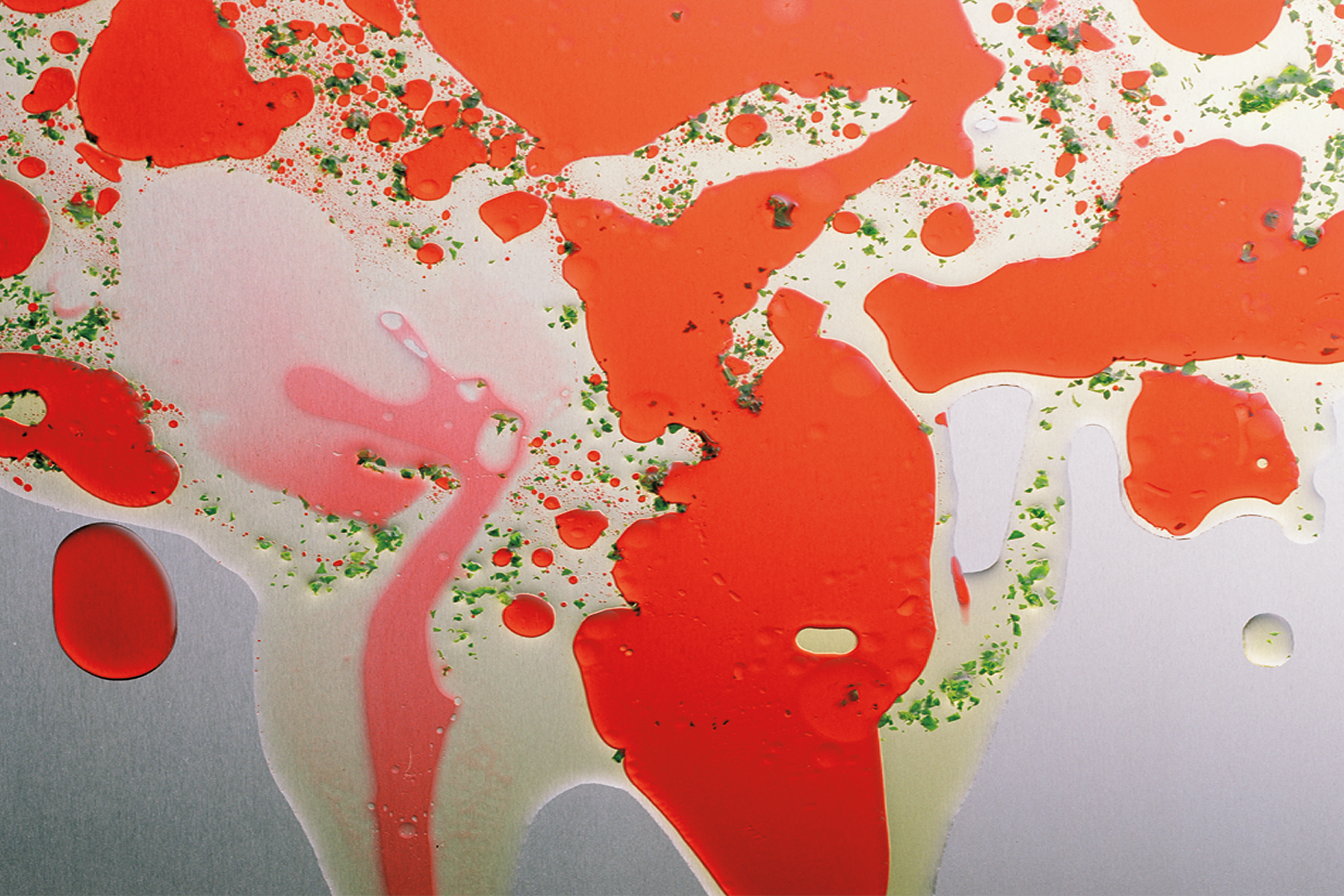 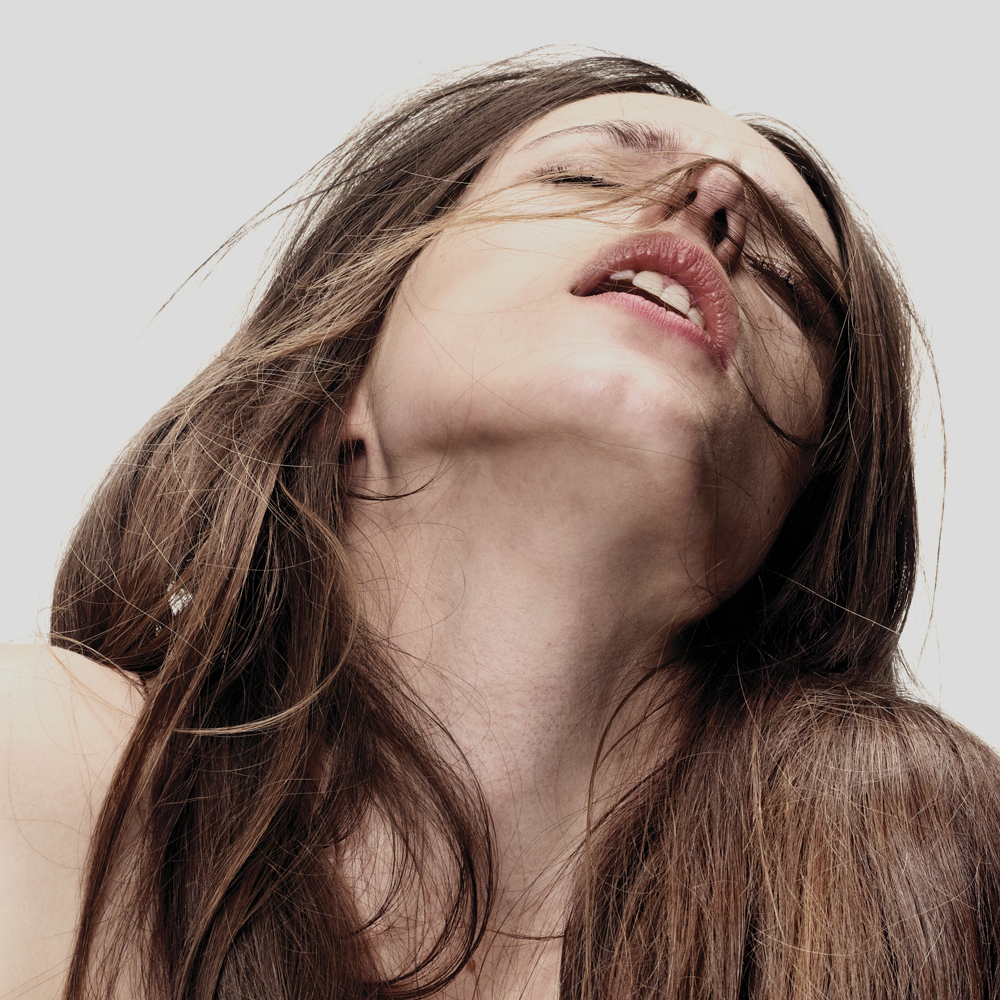